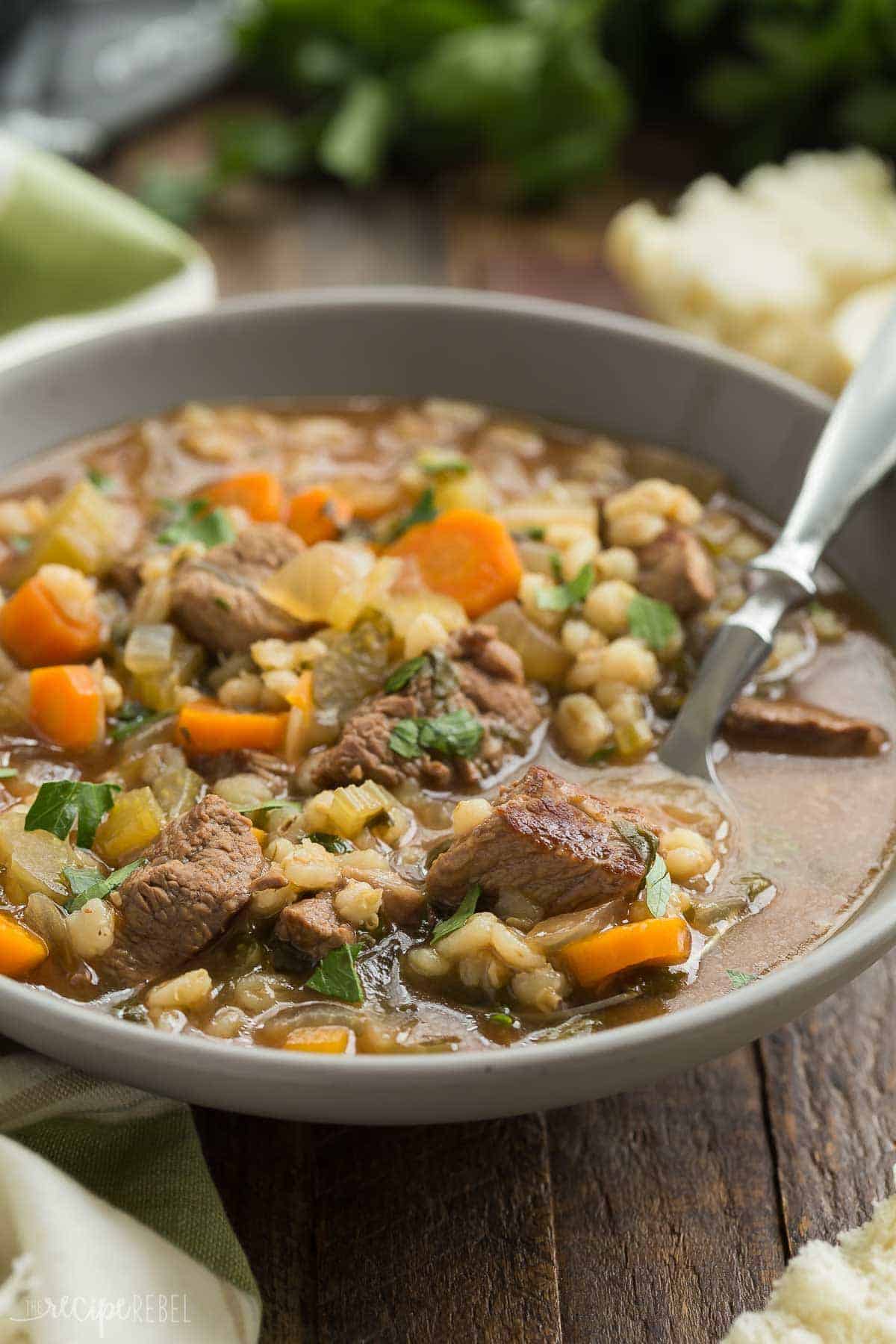 This Slow Cooker Beef Barley Soup is an easy crockpot meal perfect for fall or winter! Loaded with vegetables and tender chunks of beef. Includes step by step recipe video.

There is just nothing better for cold weather comfort food than this Slow Cooker Beef Barley Soup, you guys.

I love soup, but my kids hate it.

I’m honestly not sure why, exactly. I guess everything is cooked in one pot and all mixed together, but that’s nothing different than any of the one pot meals I make on a regular basis.

The hubs and I have started a Slow Cooker Sunday tradition, where we put a batch of soup on high in the slow cooker in the morning while we’re away at church, and then we actually get to eat a nice lunch together instead of reheating whatever we can find buried in the back of the fridge.

It’s been a welcome change, especially when the weather is frigid and snowy like it has been lately!

I honestly don’t have a favorite soup, but I do have a few requirements for what makes a Good Soup.

It has to be thicky and chunky. Loads of vegetables, pasta, rice or barley. None of this thin, watered down stuff that will leave you hungry an hour later!

It has to be BIG on flavour. Browning the beed before adding it to the slow cooker adds a ton of it, and I also prefer the texture after cooking as well. I find that it doesn’t disintegrate and get that weird been-cooking-all-day texture like meat often can in the crock pot.

It has to be relatively healthy. Because soup is a great place to hide veggies, and I know you know I’m not a big fan of them raw. I will throw anything in soup, because in the end, it all cooks down and takes on the same flavours. It’s an awesome way to get some good stuff in those picky eaters!

5 from 2 votes
This Slow Cooker Beef Barley Soup is an easy crockpot meal perfect for fall or winter! Loaded with vegetables and tender chunks of beef. Includes step by step recipe video. 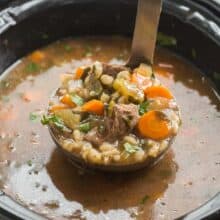 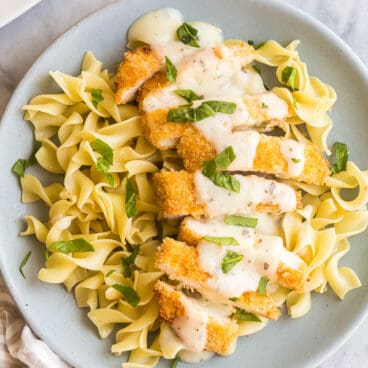 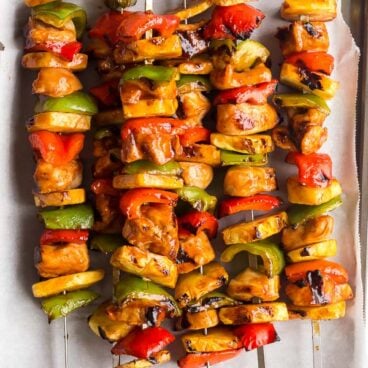 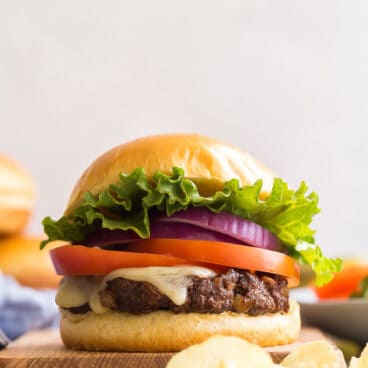