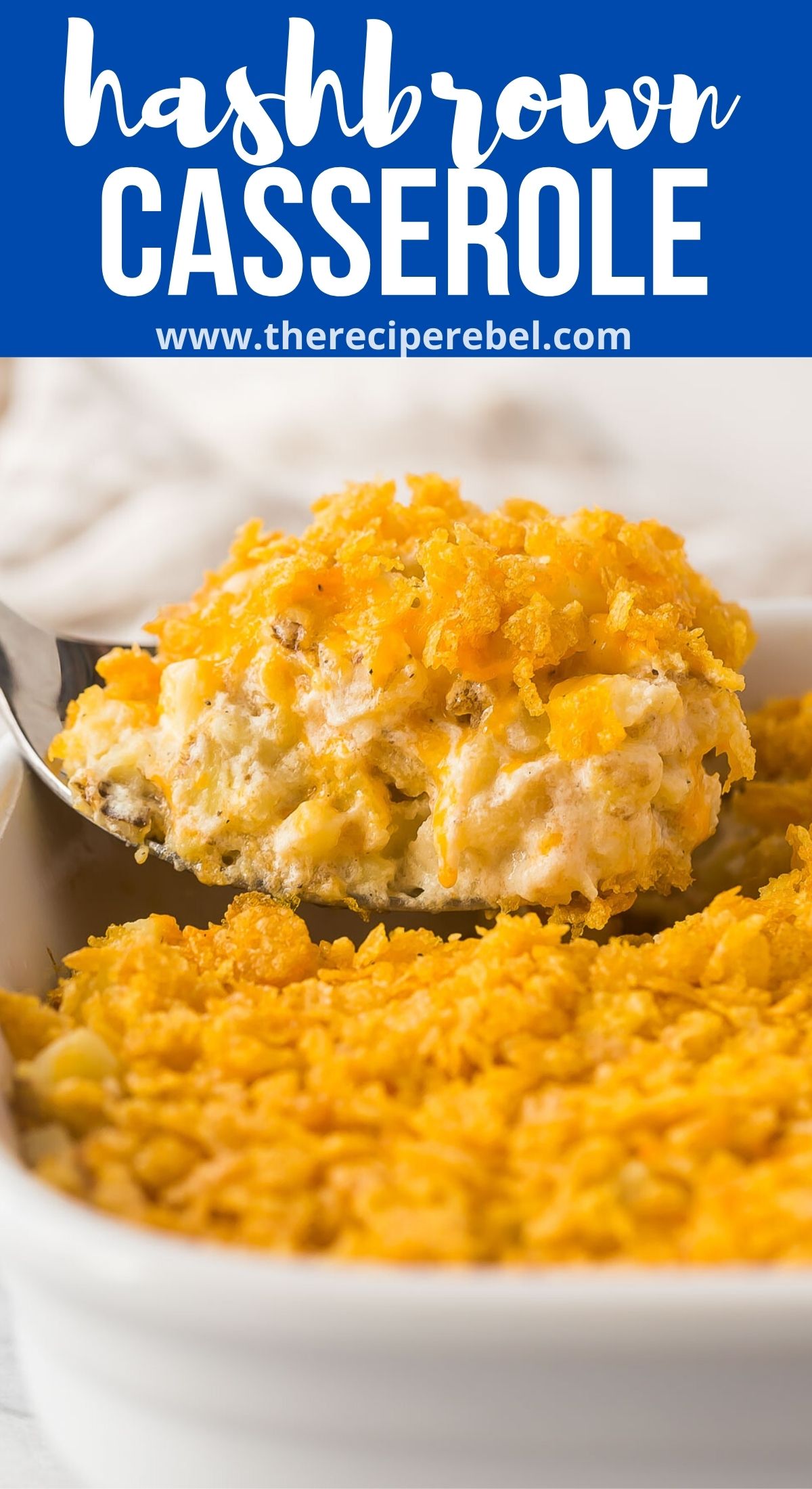 This Hashbrown Casserole is a classic side dish that takes 10 minute to prep! Hashbrown potatoes are baked in a rich and creamy sauce, topped with melty cheddar cheese, and finished off with a buttery, crunchy Corn Flake topping.

If there are any two things that are meant to be together, it’s potatoes and cheese. Whether it’s this Cheesy Scalloped Potatoes and Ham, potato soup, Crockpot Cheesy Potatoes, or cheeseburger casserole, you really can’t go wrong with this delicious combo!

Hashbrown casserole, also known as funeral potatoes, is a classic way to enjoy cheesy potatoes! Traditional hashbrown casserole is made with frozen hashbrowns that are baked with cream of chicken soup and topped with cheese.

This cheesy hashbrown casserole recipe is just as delicious but instead of using cream of chicken soup we’re throwing together a makeshift version made up of chicken broth, sour cream, half-and-half, and a few simple seasonings! It’s a quick and easy side dish that takes 10 minutes to prep and is guaranteed to be a hit at any party!

What is the difference between hashbrown casserole and funeral potatoes?

There isn’t any! Hashbrown casserole and funeral potatoes are just two names for the same dish.

How to make hashbrown casserole

Can you use fresh potatoes?

In theory, yes but fresh potatoes require a lot more prep. They also contain a lot more moisture which can result in a watery casserole. Frozen hashbrowns are already ready to go so I definitely prefer to go that route! If you do decide to use fresh potatoes, wash, peel, and shred them, then use a kitchen towel to squeeze out as much moisture as you can before proceeding with the recipe as instructed. They will also need to cook quite a bit longer.

Should you thaw the hashbrowns before cooking?

Can hashbrown casserole be made ahead of time?

Yes! To prepare the hashbrown casserole ahead of time, prepare it as instructed but don’t add the topping. Instead, cover with plastic wrap and store in the refrigerator for up to 2 days or wrap it in freezer wrap and store it in the freezer for up to 2 months. When you’re ready to bake, thaw the casserole in the fridge if frozen, add the topping, then bake as directed. Since the casserole will be cold, you may need to add some extra baking time.

Can I use shredded hashbrowns instead of cubed?

Absolutely! The size and shape of the frozen potatoes won’t really make a difference here.

5 from 1 vote
This Hashbrown Casserole is a classic side dish that takes 10 minute to prep! Tender potatoes are baked in a rich and creamy sauce, topped with melty cheddar cheese, and finished off with a buttery, crunchy Corn Flake topping. 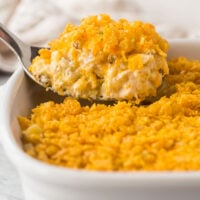 *If using regular chicken broth, you will want to reduce the salt in the recipe. 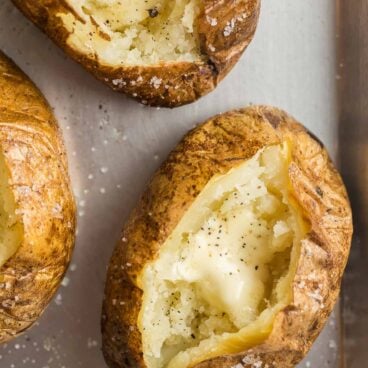 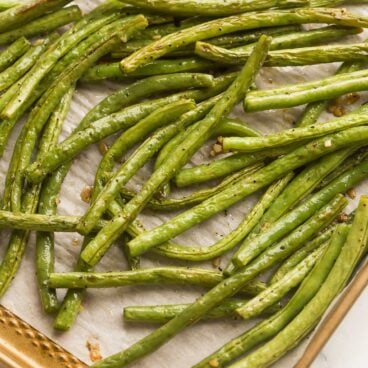 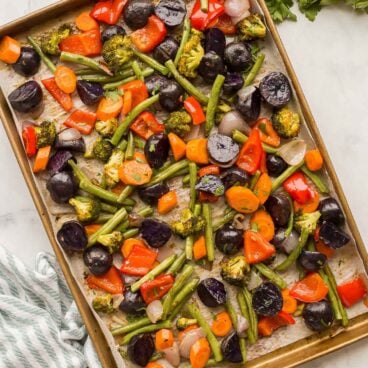