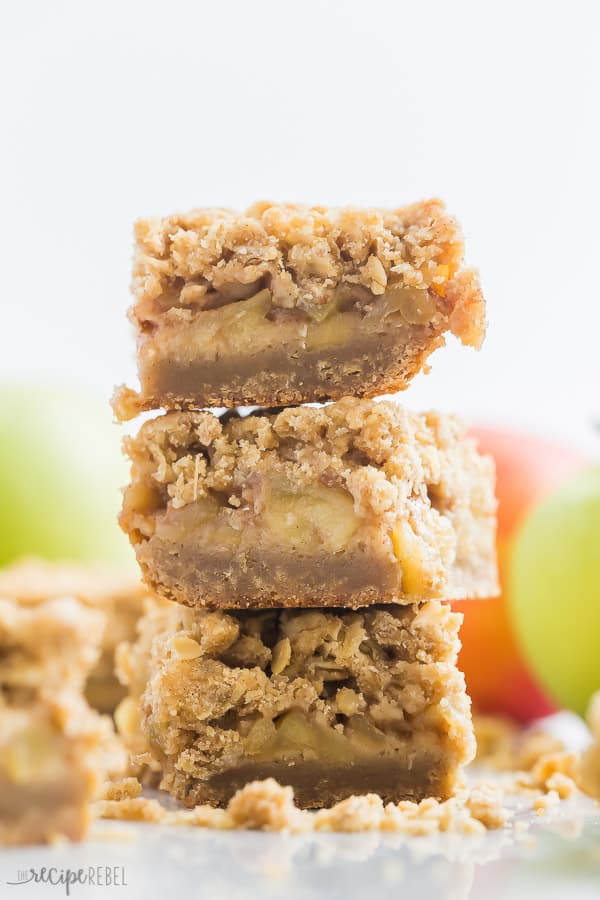 These Apple Crisp Blondies are an apple crisp bar with a blondie base — the perfect combo of chewy blondie, tender apples, and crispy streusel!

This may be one of my favorite apple desserts.

I’ll be the first to admit that I can resist apple crisp no better in the spring than I can in the fall, but I guess there are people who cook and bake seasonally.

I try really hard to be to fake being one of those people, especially now as a food blogger.

However, since it’s officially fall. I can bake up as many apple desserts as I want and no one will judge, right?

So I’d seen tons of recipes all over Pinterest for apple pie bars and apple crisp bars, and I was totally going to try some of them. But then I thought, “why not a blondie?”

I love the thick, dense, chewy texture of blondies even more than I love a traditional shortbread base!

Now, I’m sure those other apple crisp bars are super amazing. But, I really like blondies.

And I really wanted to see if I could bake an apple crisp on top of them.

It took me a couple tries, but I did it.

Now you know I’m all about minimal effort and dishes. I thought about cooking down the apples on the stove first, before topping the blondie, but that seemed like too much work. I tried putting the apples right on top of the blondie batter and baking together, but the blondie just didn’t set up enough.

So I compromised. I baked the blondie part way while I microwaved the apples slightly to give them a head start and made my streusel.

It was a total win.

I’m kind of embarrassed that I didn’t go all out and mound these with ice cream while I was photographing them. Because what goes better with apple crisp than vanilla ice cream?

This time, you’ll just have to forgive me. But make sure you add a big scoop of ice cream to your own when you make these. Because you need to make these.

*Recipe and photos updated from November 2014

5 from 9 votes
These Apple Crisp Blondies are an apple crisp bar with a blondie base — the perfect combo of chewy blondie, tender apples, and crispy streusel! 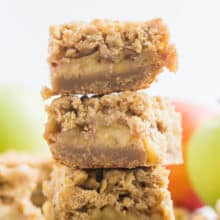 *For these photos I made a simple glaze to drizzle over. Simply combine 1 tablespoon milk with ¼ teaspoon cinnamon, and stir in 1 tablespoon of powdered icing sugar at a time until you reach desired consistency (I used 4 tablespoons). 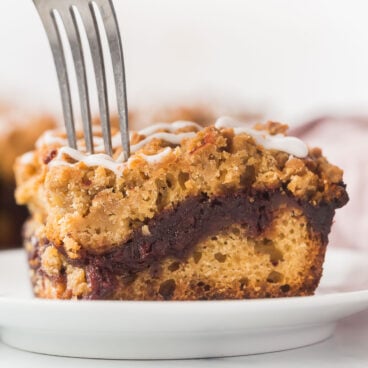 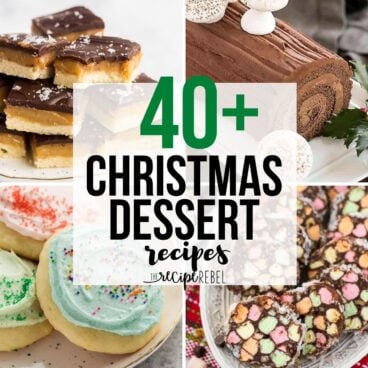 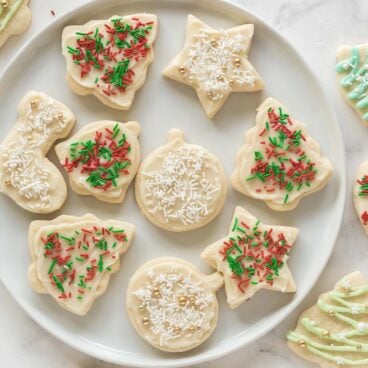