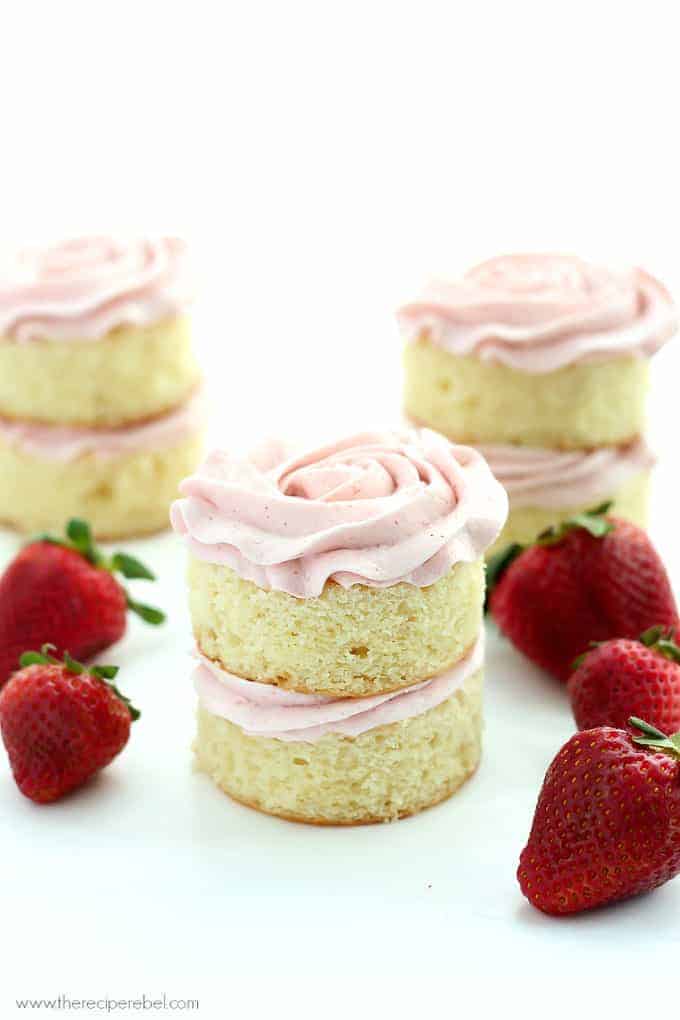 The best homemade vanilla cake and strawberry frosting – perfect for a party or birthday! The little cakes are made with a biscuit or cookie cutter so they’re easier than they look.

Tell me: what is your ideal birthday food?

For me? I’m all about tradition. I want cake.

And not some fancy, new-age birthday cake. I want vanilla or chocolate – the simpler, the better. A good thick layer of not-too-sweet frosting and maybe some sprinkles for good measure.

Confession: I have always preferred store-bought birthday cake over homemade.

I don’t know what it is.

But I suspect part of the reason is that light, fluffy bakery frosting. There’s just (almost!) nothing like it.

I used to work in a store bakery when I was in high school, and I ate a ridiculous amount of sweets. I could eat the cake frosting straight from a spoon, sans cake.

There’s a time and a place for classic buttercream frosting (in fact I can think of plenty). But it’s just so sweet, that sometimes I want something a little fluffier and a little less sweet.

And then I found Swiss Meringue Buttercream. And my life has never been the same.

I think it’s my favorite frosting. Ever.

But I’m not going to lie – it takes a bit of time. And a bit of equipment. But it’s so totally worth it if you’re going for something extra special, or if you just like your frosting a little on the milder side.

To make the cakes, I baked my favorite cake recipe (adapted slightly from Add a Pinch), but I spread the batter between a large sheet pan and a 9×13” pan. I wanted fairly thin layers, and I think they could even be a little bit thinner. I lined the pans with parchment so I could easily remove them from the pans to cut them.

I baked them ahead of time, so I covered in plastic wrap and stuck the whole pans in the freezer for a couple days. Then I removed them and let them thaw slightly while I made the frosting.

And don’t even worry about the extra cake! I got plenty of scraps, and I used them to make a trifle. I threw them all in a large container and stuck them in the freezer until I was ready to make my trifle. Super easy! Then you have a quick dessert for company when you don’t have a lot of time to bake later on.

To make the frosting, you’ll need a “double boiler”, a thermometer, and an electric mixer (I recommend stand mixer, because it takes a bit of time to whip!). I’ve never owned a real double boiler. You can see my make-shift double boiler above – I take a small pot and a small glass bowl and just make sure the bowl doesn’t sit too low in the pot. You don’t want the bottom of the bowl touching the water in the pot.

When it’s done, you can just slather it on the little vanilla layer cakes, or grab a piping bag and a simple tip and give it a swirl. I chose not to frost the sides, because (a) it’s less work and (b) it’s so rare that the sides of a cake are so perfect, why not show them off?!

3 from 4 votes
These Mini Vanilla Layer Cakes with Strawberry Swiss Meringue Buttercream are a fun, untraditional birthday cake — everyone gets their own! 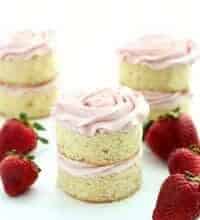 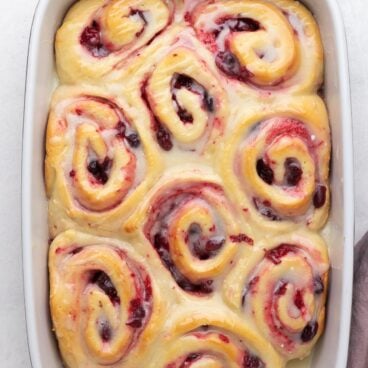 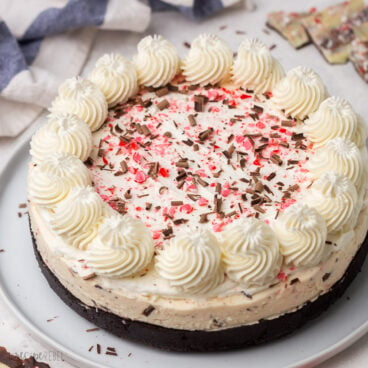 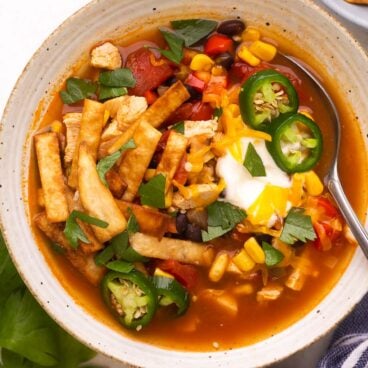 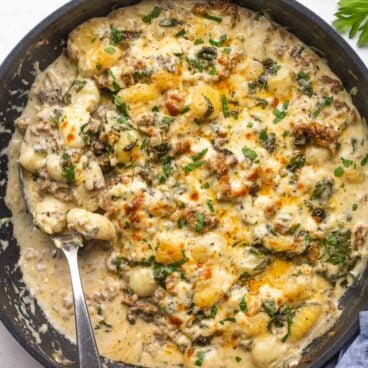