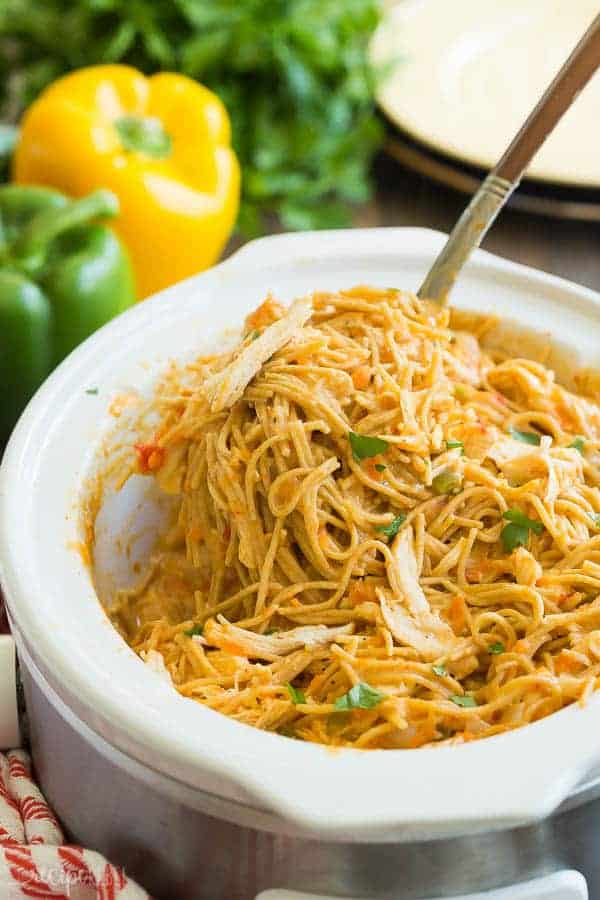 This Cheesy Crockpot Chicken Spaghetti is an easy crockpot chicken recipe for busy weeknights! It’s made healthier with no canned soups, lean chicken breast and added veggies, and it cooks completely in the slow cooker for less clean up! Includes step by step recipe video.

Here we are, friends. SEPTEMBER.

September around here means back to school, back to routine, back to eating dinner at home and fewer park picnics and camping weekends. But I love September.

Easy crockpot meals, especially crockpot chicken recipes, are always a big hit here, so I knew I had to bring you a few new ones to kick off the season. This Slow Cooker Baked Ziti and healthier Slow Cooker Spaghetti and Meat Sauce are others you might enjoy!

This Crockpot Chicken Spaghetti is a slow cooker spin on one of my favorite casseroles here on The Recipe Rebel — this Healthier Creamy Chicken Spaghetti. It’s a healther twist on the Pioneer Woman’s Chicken Spaghetti, made with a few extra veggies and no canned soups anywhere in sight.

Instead, I make the sauce with low fat milk and corn starch, after the chicken has simmered in the broth until tender (which gives this recipe so much flavour!). Then you add the spaghetti noodles right to the crockpot, which means that instead of boiling and draining, they’re soaking up all that awesome flavour we’ve been building.

How to make this Crockpot Chicken Spaghetti:

4.82 from 16 votes
This Cheesy Crockpot Chicken Spaghetti is an easy crockpot meal for busy weeknights! It’s made healthier with no canned soups, lean chicken breast and added veggies, and it cooks completely in the slow cooker for less clean up! Includes step by step recipe video. 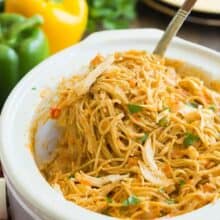 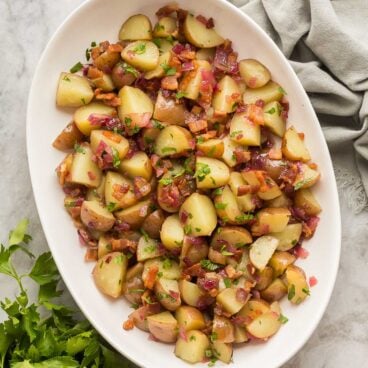 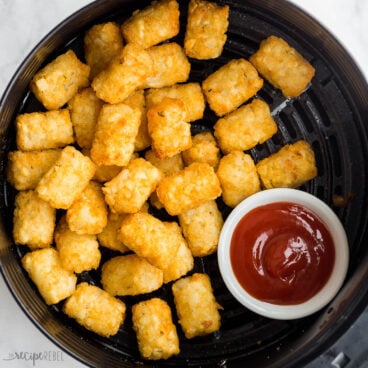 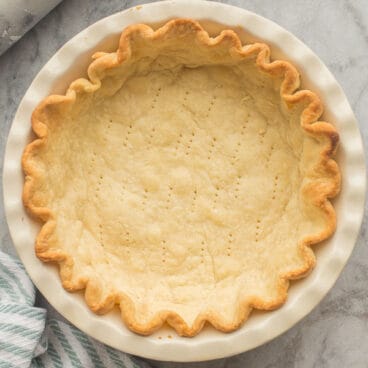