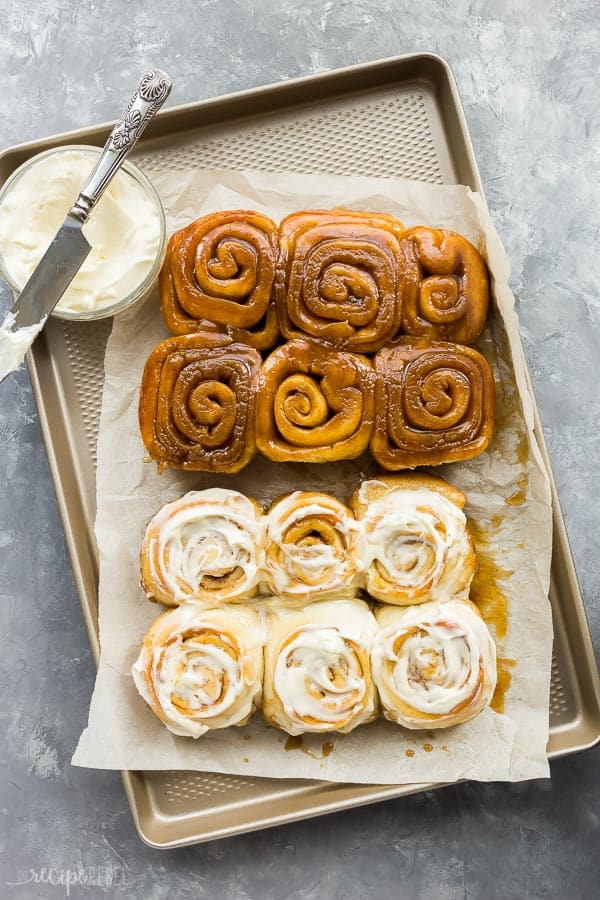 These are the best Cinnamon Buns you’ll ever make! They are soft, fluffy cinnamon rolls, and have the best gooey caramel sauce in the bottom of the pan. They’re easy to make ahead and freezer friendly!

A few of my favorite things that I rarely ever make, because I know all too well what happens when they’re in my house. I could sit down and eat a dangerous amount of these Cinnamon Buns!

They are perfectly soft and fluffy, and my family’s top secret (not really) cinnamon bun sauce coats the bottom of the pan, taking them over the edge. The sauce really is the key to making these the best cinnamon buns you’ve ever had!

I’ve made some cinnamon roll recipes that have a simple butter and sugar mixture in the pan, and the end result is just sticky, and it firms up as it cools and it sticks all over your teeth and is, dare I say, almost an unpleasant experience.

This sauce is not like that. I know it’s an extra step, but let’s face it — you’re already spending a few hours committed to making cinnamon buns. Don’t start cutting corners now!

How to make Cinnamon Buns:

How to store Cinnamon Buns:

The baked Cinnamon Rolls can be stored on the counter for 3-4 days without frosting. Because I use a cream cheese frosting, that can’t be left out.

If you want to store them at room temperature, simply leave the frosting in a container in the fridge and frost them only when serving.

You can place your pan of rolled, unbaked cinnamon buns in the fridge, covered in plastic wrap, up to 24 hours before baking. Place in the refrigerator before the second rise.

When ready to bake, simply leave on the counter for 20-30 minutes while your oven preheats, then bake as directed.

You can refrigerate the baked cinnamon buns up to 1 week with frosting in the fridge. But I bet they won’t last that long 😉

How to freeze Cinnamon Buns:

You can freeze the prepared pan of unbaked cinnamon buns for up to 3 months, but I actually don’t recommend this because I’ve never found them as fluffy as baking them right away.

You can freeze the baked cinnamon rolls, with frosting, covered tightly, up to 3 months. This is the way I prefer to freeze them! You can also leave the frosting off, and reheat them gently in the oven at 225 degrees F for 20 minutes, and they will taste fresh out of the oven!

There is really only one answer here: it’s gotta be cream cheese. The way the tanginess of the cream cheese complements the sweet, sticky, gooey sauce…. it’s just unreal. Crazy good.

If you want it to sink into all of those crevices, be sure to spread it on while the cinnamon buns are still warm and let it get a little melty all up on those rolls.

Since these are so ridiculously good, you can skip the frosting and just eat them as is, and I’m pretty sure you’ll have no complaints 😉

5 from 16 votes
These are the best Cinnamon Buns you’ll ever make! They are soft, fluffy, and have the best gooey caramel sauce in the bottom of the pan. They’re easy to make ahead and freezer friendly! 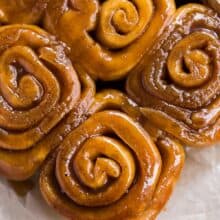 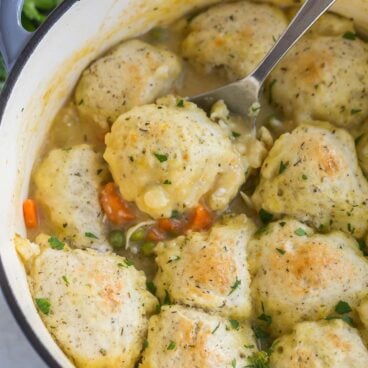 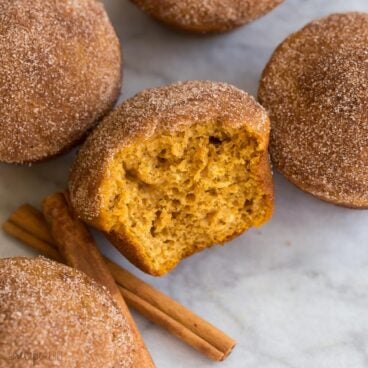 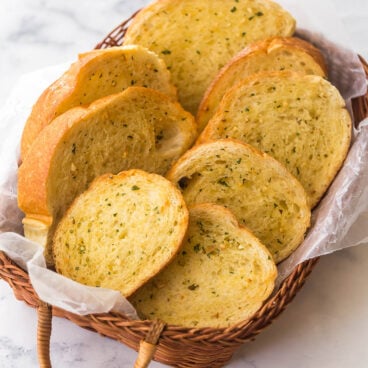